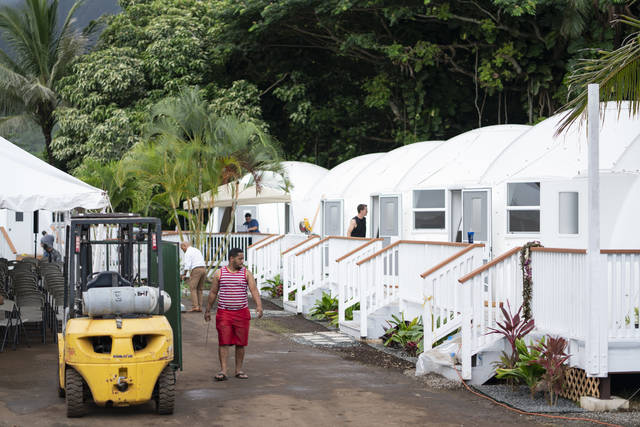 A grand opening ceremony was held Wednesday morning for a handful domes built to shelter the homeless in Kaneohe.

Called “The Shelter,” the domes are the first of their kind to serve Hawaii’s homeless, according to the Honolulu-based First Assembly of God Pentecostal church, which has six campuses across Oahu, and spearheaded the project.