Church would house homeless in igloos 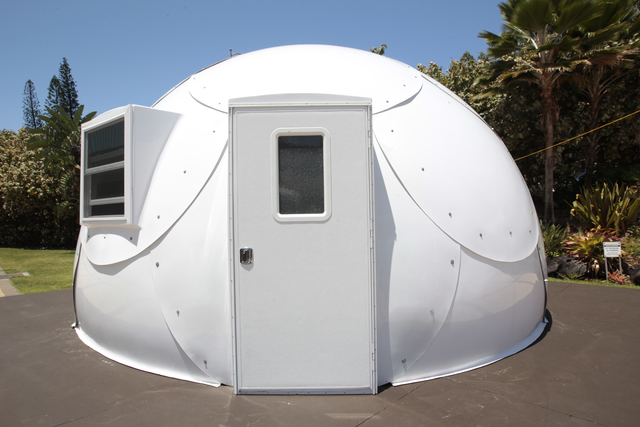 Red Hill’s First Assembly of God church wants to erect a dozen igloo-­shaped domes from Alaska to create a “shelter village” somewhere in town for about 40 homeless people.

Klayton Ko, the church’s senior pastor and the district superintendent of more than 100 Hawaii Assembly of God congregations, hopes Mayor Kirk Caldwell follows through on his pledge to clear permitting issues for churches that want to house the homeless.

Caldwell’s offer to church leaders last year — along with a promise to provide housing in the form of converted shipping containers — was meant to help them adopt a single homeless family on church property.

But that’s not First Assembly of God’s plan.

Today, Ko and Pastor Daniel Kaneshiro, who serves as facilities pastor and director of First Assembly of God’s startup homeless program, will show off the first dome, which is currently sitting in the church’s courtyard, and unveil the shelter village concept to the media and to Jun Yang, executive director of the city’s Office of Housing.